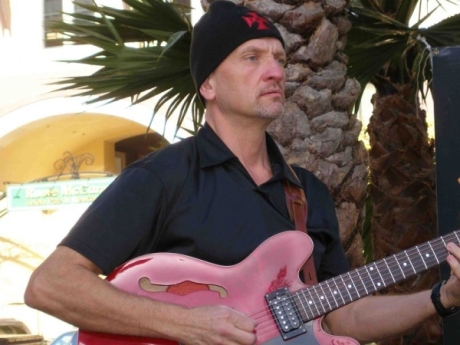 Guitarist Jeff Massanari was born in Goshen,Indiana and moved to Washington DC at age 9. Exposed to the vibrant music scene of Washington, Jeff sought out the guitar and began playing at age 13. By the time he was 17 he was performing and teaching jazz and blues in the Washington DC area.

Jeff’s love of jazz took him from DC to Boston’s Berklee School of Music. After studying performance and composition, Jeff moved to the San Francisco Bay Area and quickly became one of the most in-demand guitarists.

In addition to performing with his own groups, Jeff regularly plays with The Johnny Nocturne Band, The Murasaki Ensemble, Swing Fever, and countless other musicians in the Jazz, Blues, and World music genres.

He has released five CDs as a leader. The latest, ”Groovework” is available on CDBABY.